This first photo is a picture of my Great Grandparents, Julius Denke and Louise Vaeshke The photo was most likely taken on their farm in Wisconsin. Beneath the photo is Julius's Certificate of Citizenship dated 9/27/1906. His former country of residence is listed as Russia. It is my belief that he is one of the German farmers who was attracted to offers of free farmland from Russia. Ultimately, the Germans were persecuted in Russia and many found their way to the United States. He was German speaking, and most likely came from Silesia, which currently part of  Poland. 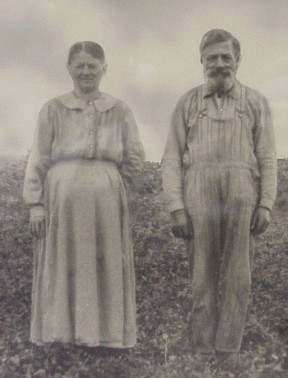 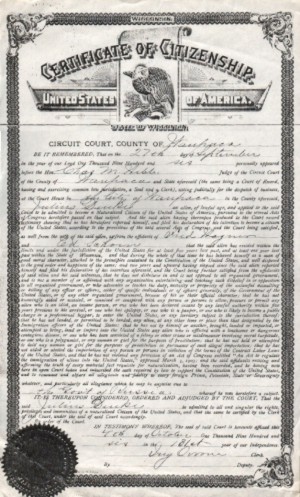 Below is a copy of a part of the 1900 census. The "child" listed at the top is Julius Denke, who was my Great Uncle. Julius was eventually married, but had no children. Notice that my Great-grandmother's maiden name appears to be Wishkin on this document, and not Vaeshke. This may be an Americanization of her maiden name. Her name may have been Waeschke, as I have not found any other references to the name Vaeshke. 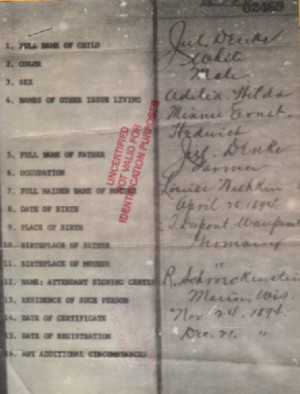 This is a photo of my Grandfather, Ernest Carl Denke. Again, this photo was taken on his Wisconsin farm. 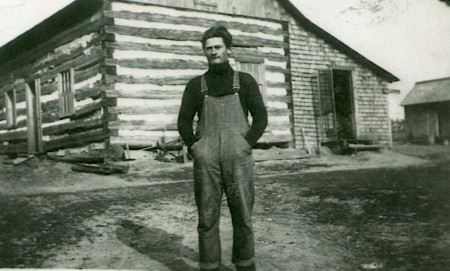 This is another photo of Ernest Denke as a young man: 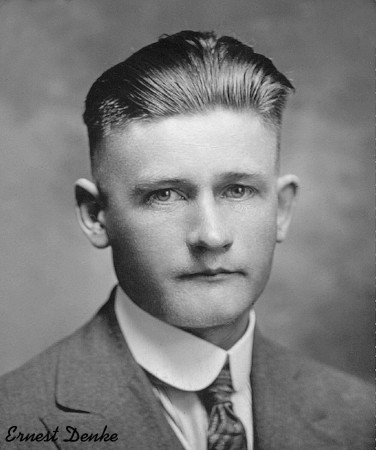 This is believed to be a photo of Ernest Denke with some Horses: 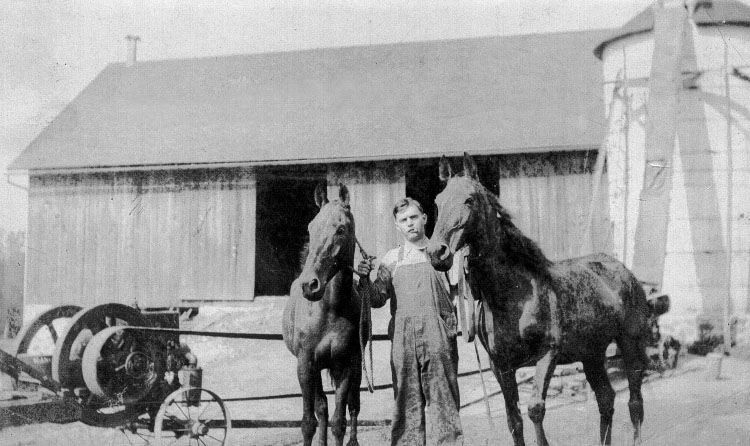 This is a photo of Hulda Denke (Maleug), who was Ernest Denke's sister: 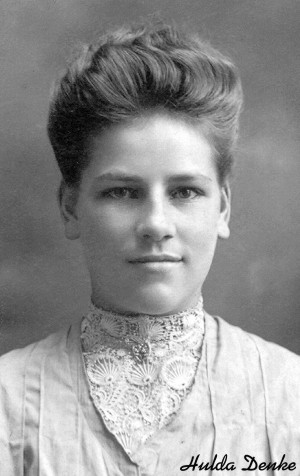 This is another daugter of Julius Denke, Minnie Denke. 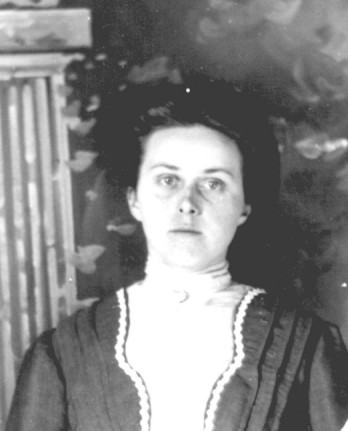 Below is a photo of my Grandmother, Lillian (Knaack) Denke. Lillian is on the right, and according to my Aunt Eleanor, that the other person is sisters, Emma (Knaack) Imhoff. 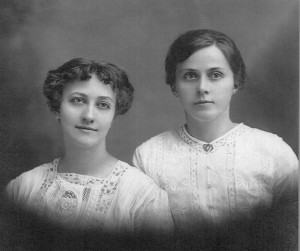 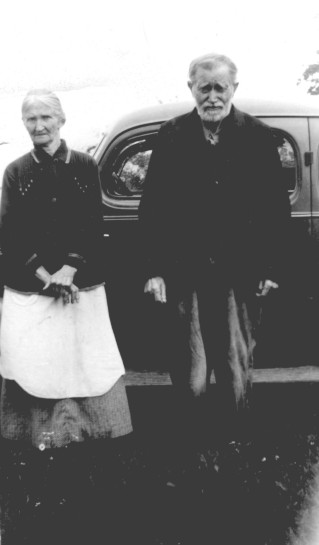 This is another photo of Lillian. She is seen here holding one of her grandchildren. My aunt, Naomi guesses that this is my brother, Eric: 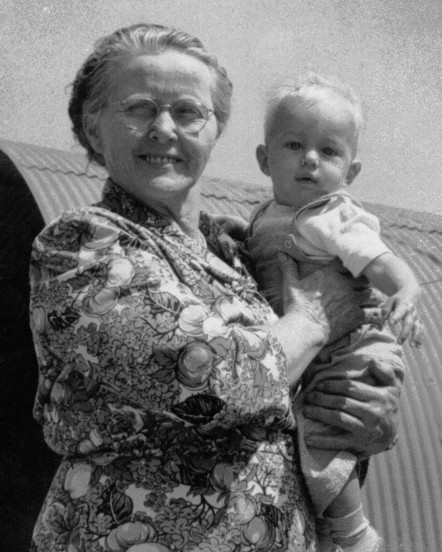 This is a copy of a document relating to Lillian's confirmation. My family was Lutheran. 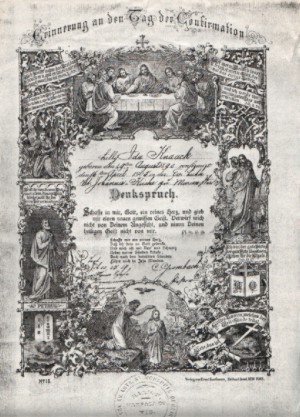 This is a photo of my father and his two sisters on the farm in Wisconsin. 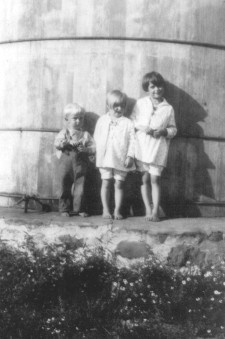 This is a photo my father told me was of him and his two sisters, however, I spoke to my Aunt Eleanor, and she says that these may be cousins of theirs with the last name Maleug. At any rate, I really like the photo and it is of some relatives of mine on a farm in Wisconsin. 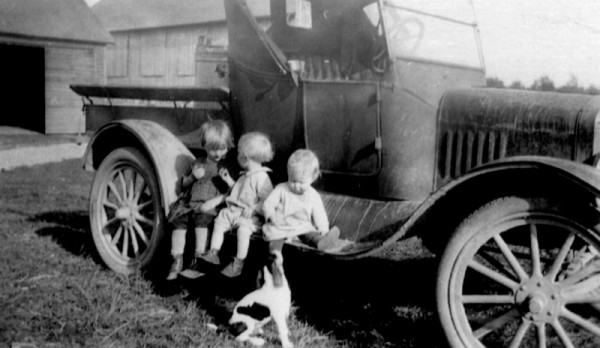 This is a photo of my Aunt Eleanor's wedding to Carl Dretzke: 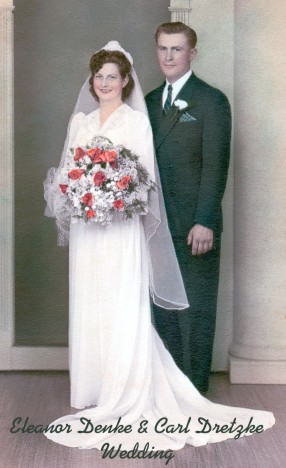 This is a photo of my father, Lee Denke when he was in the navy. He served in World War II and the Korean War. 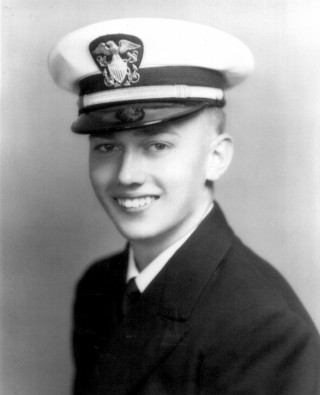 This is a photo of my parent's wedding: 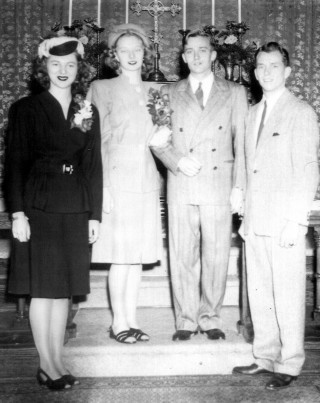 This is a photo of some of my brothers and sisters with some of my cousins: 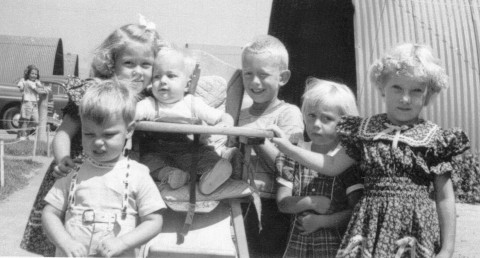 This is one of the few pictures that has all of my brothers and sisters in it. It was taken at a wedding reception for my brother Conrad and his wife Laura (Neilson) Denke: 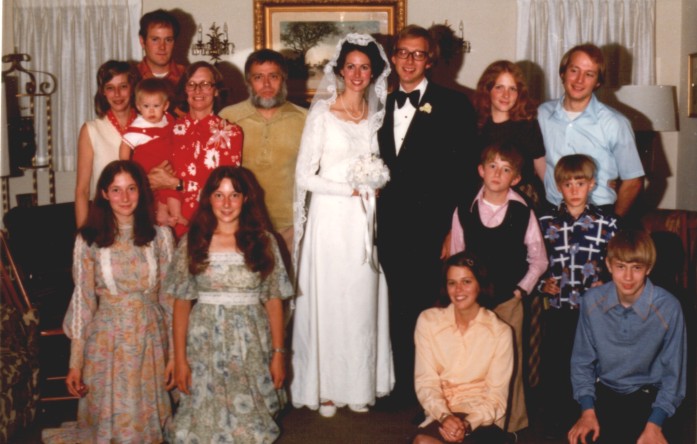 This is a photo of my family (except my youngest Nathan):

This is a photo of our baby, Nathan when he was born. As of this writing, he is 17 months and growing. He was only 4+ lbs at birth but he is doing great, walking around and generally getting into trouble: 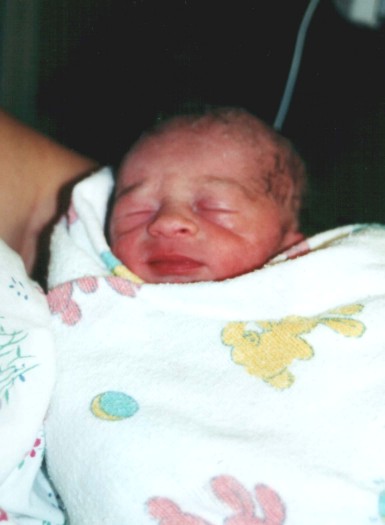