Whilhelm Frederick Denke immigrated to Pennsylvania in the late 1880s. Here is a photo of some of his descendants: 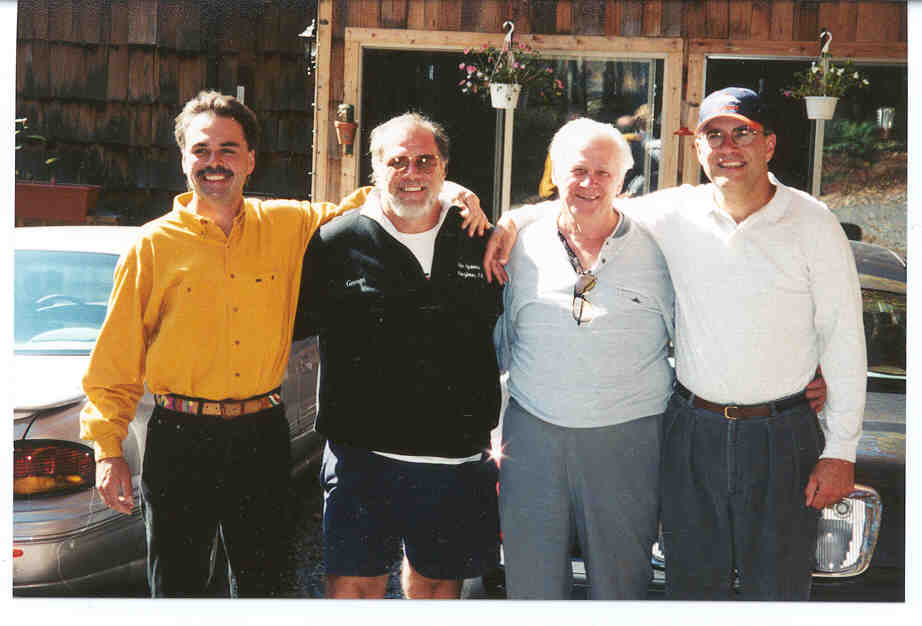 This is a family group sheet that I got from Yates Publishing. It is interesting because it shows a different spelling of Whilhelm's name (Wilhelm) as well as a different spelling of the name of his wife. I orginially had her name spelled as Amelia Loudy, according to the family history written up by Garry Denke, but the spelling Laude is more plausible because Loudy is an English surname and Laude is German. The changing of the spelling of names is quite common for German immigrants. I have run into this same situation with my own Great-Grandmother. 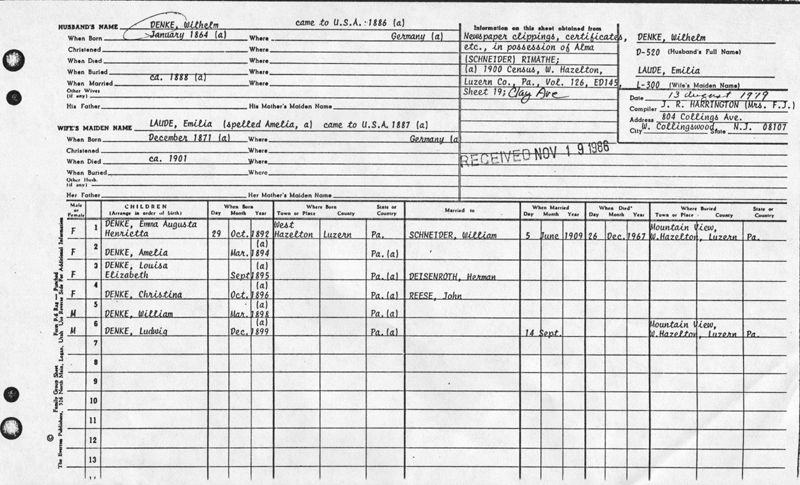